With an emphisis on the importance of increasing participation in women’s sport across the community we’ve seen seen large amounts of funding going into the redevelopment of facilities, equipment upgrades and general assistance for community clubs to attract women to get involved in organised sport.

This shift in focus has contributed to the rapid growth of Women’s participation in male dominated sports, like Football and Baseball. And while some countries are still showing some resistance and insisting that Baseball is for Men and Softball is for Women, other countries like Australia and Japan  have a great deal of positivity overriding these archaic and biased opinions. Baseball has always been a leader in terms of accessibility for girls and women in our State, but its not always been a walk in the park…

We all read newspapers, listen to the radio and watch the news and if you’re a Baseball fan you’d notice a frustrating lack of presence for our sport, which doesn’t help the cause. Most often Major League Baseball gets a mention when there’s a swarm of bees in the bullpen or feline attempting to scale on the scoreboard.  Yet many other sports, particularly those that have millions of sponsorship dollars pumped into them, get way too much air time. Sadly, this means we’re competing on an unfair playing field when it comes to getting our sport noticed and the surges of polularity are highly dependent on whether clubs and associations have skilled volunteers on hand to do the hard yards.

Despite being the underrepresented gender playing a sport that gets NO mainstream publicity, we are doing very well to ensure participation in women’s baseball is maintaing a steady growth rate after some pretty tough years.

The Dandenong Baseball Association (DBA) is the Winter Baseball league for the Melbourne’s East and South East regions and began a women’s baseball competition in 1994 following on from the huge success of the 93/94’ Summer season which saw 52 Women’s teams over 4 Divisions across the state.

The DBA Women’s fixture has had it’s ups and downs, with a few dry spells resulting in no competition for several years running, and overall since the nineties has been on the decline. For the last 10 or more years there’s been an average of 5 teams entered, with 2016 being the lowest fielding only four teams in total.  Since then the numbers have been on the rise, with eight teams entered for the 2019 Winter Season.

We will see some old faces return such as La Trobe Uni and new entrants like Wheelers Hill coming in after their successful Summer campaign and clubs such as Research/Lower Plenty and Pakenham jumping on board for their first season ever in the Women’s competition.

This is good news, not just for Women’s baseball but for the Baseball community as a whole.

To get a better idea of the Women’s baseball landscape over the last 30+ years I spoke to someone who’s been involved since a very young age, Fee Glover. Fee was an innaugural player in the 1994 season and has seen many changes in her time, but one thing that has remained the same is the benefits that Women experience from playing the game she loves. Fee says “most teams have a great bunch of people that support and give that sense of fun, mateship and belonging all at the same time. It gets us outside and being active a couple of times a week. And you don’t have to be super fit to get started and have fun! It also gives the mind a break from the rest of the world for a few hours a week – I know it gets me back to my place of Zen when I’m playing!”

An aspect of Women’s sport that is particularly interesting is the cycles that we go through throughout life – as an excited primary school kid we fall in love with a few sports, maybe one gets pursued more than others until we lose interest altogether, often at a very young age. It’s well documented that the participation rates in organised sports drop off dramatically for girls at age 13. But why? And when, if at all do, they come back?

“We would see particular age groups go through – then they would put their careers & study in front of Baseball, then they would have families and not come back until the kids were much older. The young ones seem to drop off around 16 when study and getting their L’s and working part time would take over, they may not come back until their mid-20’s if they come back at all. It’s a rare breed of female player to stick with it all the way through.” Says Fee when asked about the life-cycle of women’s participation in Baseball.

Fee attributes the decline in participation rates being partially due to families & couples finding it hard having their whole weekend taken up with Baseball. “There’s not much of a break if both are playing Summer and Winter except for a few weeks in between seasons, and women are often the first to sacrifice the things they love for their families.”

Another factor is volunteer burnout – it’s usually the same coaches, year after year and at some point, they get warn down and can’t do it anymore, which is often when teams fold.

“There are very few people, coaches or players that have the time to commit to both days on the weekend and the trainings during the week. It is a part time job!” says Fee.

So why do we have more teams this year? “There have been a few more dedicated people throwing a lot of time and effort into getting women out on the fields. Grants help but some are very difficult to obtain…. If a club has the right driving force behind them – they make stuff happen!”

Fee has played Baseball since she was a teenager and has been involved in every aspect of the game including playing, coaching (when injured) and umpiring all both here in Australia and overseas, as well as scoring (locally). While some career highlights have been representing the DBA in the Women’s Rep team and playing State and overseas Baseball, Fee is never one to put herself in the spotlight so this is a great opportunity to state our appreciation & recognising that having her continue to be such an active member of the Baseball community is a huge contributing factor to its ongoing success.  Thank you Fee, for your dedication and commitment to Baseball.

Many sports clubs are realising that the days of the clubrooms being the bloke’s domain are long gone. It’s it their interest to recognise the benefits of creating a family friendly environment where women and children are valued and feel comfortable. With time being such a precious commodity in our fast-paced world, involvement in a sporting club offers so much of what we need as a society including the ability to be active and get fit, engage with people socially and give back to the community.

There’s a lot of information out there to assist sports clubs in becoming more ‘female or family friendly’ including the latest resource put out by Change our Game, an initiative of the Victoria State Government’s Office for Women in Sport and Recreation. You’ll find this and other useful information here: http://www.changeourgame.vic.gov.au/

Our 2019 Winter season is now underway with Berwick, Research / Lower Plenty, La Trobe Uni, Melbourne Uni, Mornington, Pakenham, Wheelers Hill and Bonbeach all playing at two different venues each Sunday until September. If you feel inspired to join in, you can Find a Club here: https://dandenongbaseballassociation.com/find-a-club/

Earlier I mentioned that some countries are still largely fixated on the ‘Women play Softball’ philosophy, but it would be unfair not to mention a vocal and extremely passionate organisation “Women Belong in Baseball” and the amazing work they are doing in highlighting incredible female Baseballers from around the world. Follow their page: https://www.facebook.com/womenbaseball1/ and join the community. The stories they share are truly inspirational. 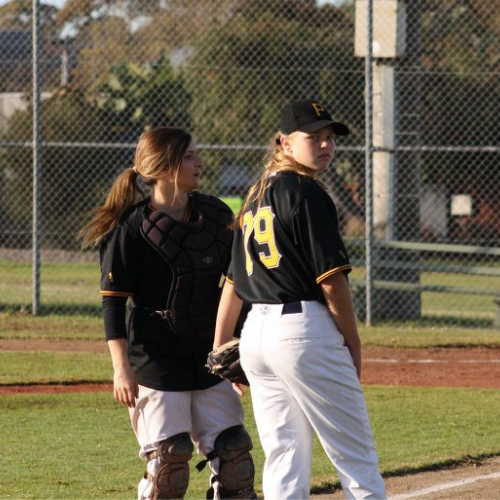 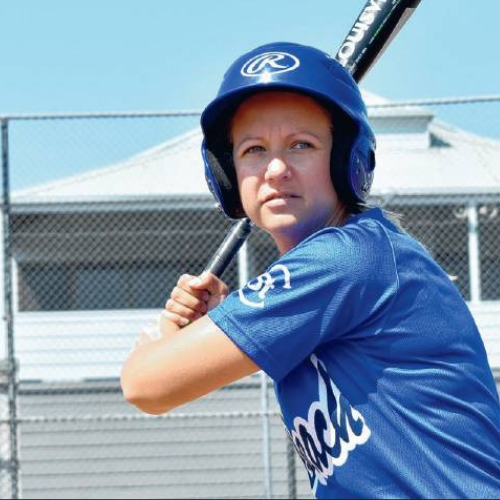 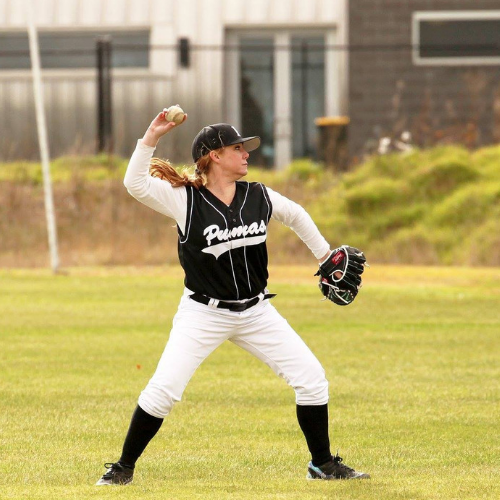 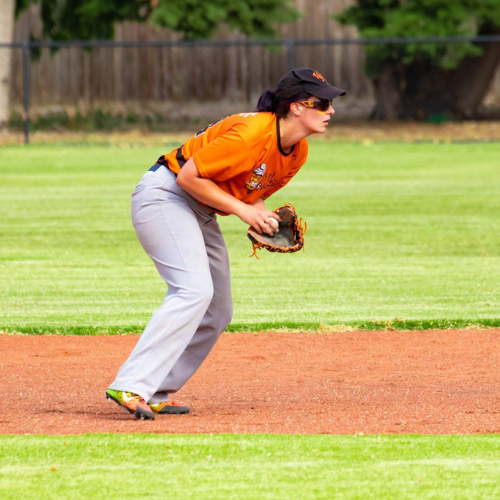 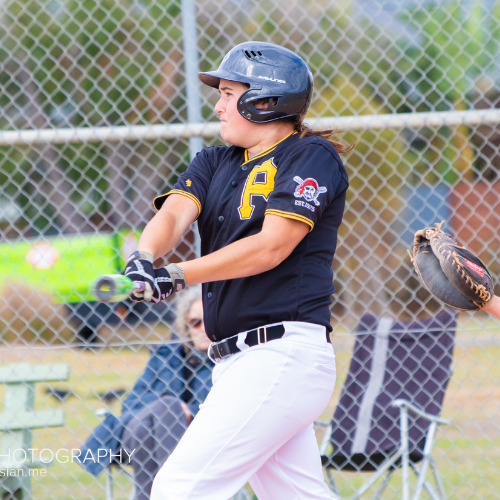 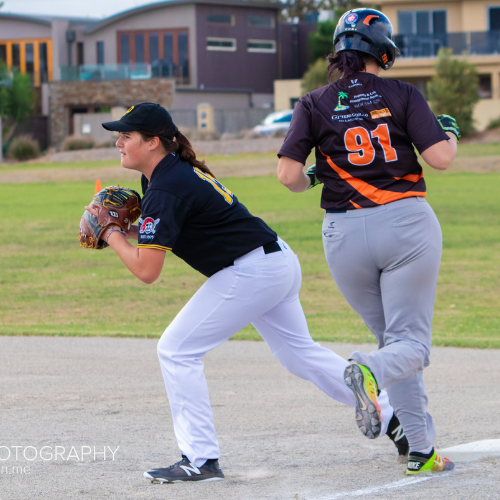 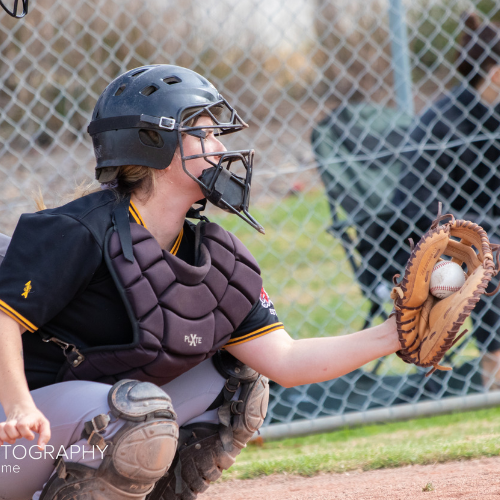 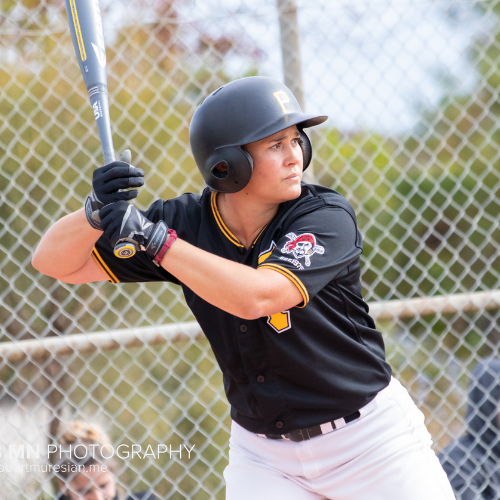 Check out more of Rob’s work